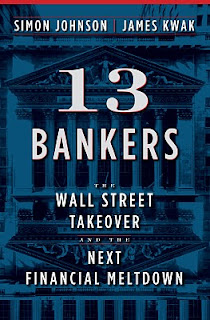 I don't read many nonfiction books and rarely get all the way through them. Not that I have anything against them -- I've written two myself and most of my writer friends write nonfiction. But you don't have to get to the end of a nonfiction book in the way you do with a novel. If you don't finish, you may miss something of the author's detail but you have probably absorbed the book's main thesis and much of the salient detail just by reading part of it.

Walter Ong, a prolific Jesuit scholar whose course I took at Saint Louis University, gave us long reading lists and told us he didn't expect us to read every word in every book, but to "read in" the books -- dip into them, sample them.

Instead of a list, I now have a stack, because even though I read few nonfiction books, that doesn't stop me from buying them. Many of them I want to read because they are related to my journalistic work, and I wanted to profile a few of those in this post.

Game Change by John Heilemann and Mark Halperin of course has been a huge bestseller and came highly recommended to me by friends. It is entertaining and offers a gossipy, behind-the-scenes look at the 2008 campaign. It is a virtuoso piece of reporting, but I can't say that it has fundamentally altered any of my impressions about the candidates. 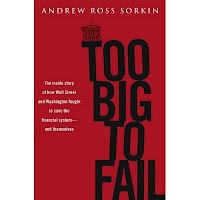 Too Big to Fail by Andrew Ross Sorkin has been surprisingly fun to read. I'm generally underwhelmed by Sorkin's journalism and often find him suspiciously in league with the financial institutions he covers -- almost to the point of being an apologist. But this book offers a lot of narrative, with fascinating profiles of some of the figures involved, such as Dick Fuld at Lehman Brothers. So far, so good, but at 600 pages it may be, as a friend remarked when he picked it up the other day, "Too Big to Fail may be too big to read."

The Big Short by Michael Lewis is, well, shorter. In his usual deft style, Lewis focuses on a narrower group of participants in the financial markets, the shorts, who are, or were, by and large unknown to the general public. One has to marvel at Lewis's versatility, when you consider he also authored The Blind Side and other very successful non-financial books. While he is clearly comfortable with financial markets, I have found him in the past, as well as so far in this book, sometimes uncomfortably glib, too often willing to sacrifice precision or accuracy for a nice turn of phrase.

13 Bankers by Simon Johnson and James Kwak is the much-heralded book by one of my heroes, economist Johnson, and his co-blogger, Kwak, who plays Robin to his Batman as much as I can figure out. Johnson is passionate in his opposition to the big banks and has had an amazing impact through his endless flow of blogs -- two of his own, Huffington Post, you name it, he's blogged there -- op-eds, and his very controversial article last year in The Atlantic when he said the U.S. was in the grip of a financial oligopoly much like some Third World banana republics. As former chief economist of the IMF, he knows whereof he speaks. The 13 bankers of the title are those who met last year at the White House as the financial crisis was reaching its zenith. I mistakenly wrote at the time that they should "be very afraid" because they might share the fate of GM's Rick Wagoner, who was booted out when the government seized control of the auto maker. Well, hardly. The most amazing thing is that virtually all of these bankers, who undeniably fomented this dramatic financial crisis, are still in their positions and still enriching themselves in unimaginable fashion. Johnson's book, which I've only just begun, is to tell us what that means about the society we live in -- and it's not a pretty picture.

Lords of Finance by Liaquat Ahamed is a book I jumped on when it came out because I have a weakness, oddly enough, for financial history. This chronicle of the four financial experts -- the Alan Greenspans of their time -- who midwifed the Great Depression is such a brilliantlycautionary tale that Ahamed eventually won a Pulitzer Prize in History for bringing this perspective to our current crisis. I would really like to finish this one.
Posted by Darrell Delamaide at 8:54 AM