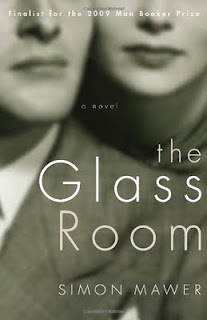 Simon Mawer's beautifully written novel is subtle and entertaining, and in some respects is a minor masterpiece. Intertwining the modernist house with the lives of the characters creates a metaphor that succeeds in working on many levels.

It is a novel of ideas, yes, and takes place against a fascinating historical backdrop of Hitler's invasion of Czechoslovakia, but is above all a drama involving the Landauers, their house, their family and their fate. Even when the family leaves the stage and the focus remains on the house, they are present on almost every page. The narrative is framed by the return of Liesel Landauer to the house, so the connection remains intact.


Hana is the one main character whose point of view is never taken. She in fact reflects the house. She is always there, appearing in the house in every occupation, absorbing it and loving its various inhabitants much as the house would itself if it were a sentient being.

There is a lovely irony throughout the book. The biometric laboratory that occupies the house during the war is shut down because the scientists cannot find a way to measure the physical differences between the Nordic races and Jews. Liesel apologizes for being so casual in relating Viktor's fate, but the author is equally casual in creating an ironic end for a builder of automobiles from a landlocked country.

But it is the shades of love that captivate the reader -- between Viktor and Liesel, between Viktor and Kata, between Liesel and Hana, between Liesel and Rainer, between Hana and Werner, between Tomas and Zdenka, between Zdenka and Hana. Mawer limns each of these relationships beautifully, making even the cad-like behavior of the men sympathetic. The scene where Liesel and Kata confront each other over their relationships with Viktor, sitting by the lake in exile in Zurich, is sensitive and delicate. Liesel struggles with her ambivalence, swallows her pride and accepts Kata's role in their family life. The suppressed emotion eventually explodes when Viktor risks the safety of the family in a futile attempt to ensure Kata's passage out of France.

The men are remarkably cold and selfish. Viktor, the rationalist, rationalizes his infidelity without breaking a sweat and Liesel is right to question whether he has ever really loved her. Tomas, the philosopher, is so emotionally limited that it is relatively easy for Zdenka to shrug him off. Both men get short shrift from the author. Lanik and Werner are each despicable in their own way, and Hana's husband, Oskar, is just pathetic.

The plot is elegant in the way the house is seamlessly interwoven into the lives of the characters. The arrival of Kata in the family is a contrived coincidence that the reader can accept, unlikely as it is. On the other hand, the superfluous ending with a meeting between the second generation is unnecessary.

Mawer's language is a revelation. I had picked up his Gospel of Judas as a remainder, and put it aside after a few pages. Now of course I will go back to it, but it seems to me that the powerful command of description that he displays in The Glass Room is miles ahead of anything in the earlier book.

There is that rugged Anglo-Saxon feel that British writers have so much more than American writers. As with Robert Goddard, Rennie Airth and even John le Carré, the very language propels the narrative forward. Are they more deeply immersed in Beowulf and Chaucer, or is it the very culture that connects them to these roots?


Mawer has made no secret that the Villa Landauer, with its glass room, is a fictionalization of the Villa Tugendhat, right down to the onyx wall in the spacious livingroom, with his fictional Mesto standing in for Brno and Rainer von Abt representing Ludwig Mies van der Rohe. Mawer's passion for the objectives of functionalist architecture is infectious and truly makes the house one of the main characters, one you won't quickly forget.
Posted by Darrell Delamaide at 8:20 AM