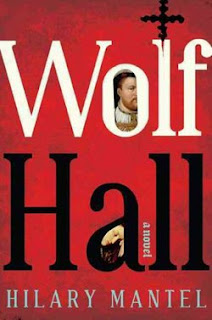 What a stupendous feat of historical imagination. The bestselling novel by Hilary Mantel brings an astonishing freshness to one of the best-known historical periods and some of its most familiar characters. As it paints its descriptions of Thomas Cromwell and Thomas More in succeeding layers, we get a different look at these key historical figures and the significance of their interplay.

And yet, the reader is never clubbed over the head with any anachronistic hints at the import of what is happening. There are no distracting and superfluous details of life in the 16th century to demonstrate how well researched this book is. It is clearly well-researched, because every detail seems to vibrate with authenticity.

And the language. Clear, precise, and yet so vigorous. Then there's the wit, the charm, the subtleties of a master novelist who invests these characters and this world with a mesmerizing attraction.

Revisionist history is a literary gimmick, of course. We love it for a writer to tell us the other side of the story we think we know. There's John Gardner's Grendel and Gregory Maguire's Wicked -- neither of which I've read -- and Richard Kluger's Sheriff of Nottingham, which I read years ago. We are willing to suspend our disbelief and with a sense of fair play let a writer imagine for us the other side of the story. Beowulf's monster was not so bad, nor the Wicked Witch of the West, and the sheriff of Nottingham was just trying to catch a thief.

The historical Cromwell was most likely the cynical and ruthless manipulator that has been portrayed for us through the centuries. Mantel does not overdo her revisionism and turn him into a saint, but does try to understand how he rose from the bottom of society to become Henry VIII's right-hand man. Could he be the loyal, shrewd, witty paragon with a soft spot in his heart for the underprivileged as portrayed in Wolf Hall? Perhaps, but more likely not. Is he a sympathetic character to carry a reader through this history once again -- absolutely.

Mantel is not so gentle with Thomas More, whom she strips of his sainthood by portraying him as a pathetic, vain fanatic with many unsympathetic attributes, such as the sadistic pleasure he takes in torturing suspected heretics. It's impossible not to cast Paul Scofield in this role and to play this portrait of him as the "bad Superman" from Superman III. It was equally difficult for me not to see Leo McKern, the character actor who played Cromwell in A Man for All Seasons, in the role of the protagonist. The Hans Holbein portrait even encourages this casting.

In the end, they met the same fate, though we have to wait for the sequel to get Mantel's take on Cromwell's fall from power.

The picture of Henry VIII -- that complex, seductive figure who so changed history -- is well drawn, but not different from the one most of us have at this point. Ann Boleyn comes in for particularly harsh treatment, but that, too, is not too much of surprise after other recent books.

The real hook remains Cromwell himself, with his facinating backstory as an abused blacksmith's son, soldier of fortune, merchant banker and unlikely courtier. The slow, natural tipping of Cromwell and England into Protestantism is particularly well drawn. Perhaps one of the most poignant threads of the novel is the martyrdom of John Frith for the Protestant cause, though the pragmatic Cromwell found it just as pointless as More's principled stand on the oath of succession. It will be interesting to see in the sequel what stand, if any, brings Cromwell to the Tower and his execution. Where can I pre-order the book?
Posted by Darrell Delamaide at 9:51 AM