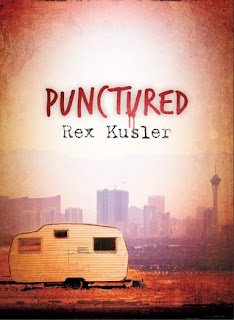 Rex Kusler's debut novel in the Las Vegas Mystery series is as quirky as the town it's set in. Characters often seem at loose ends -- perhaps that's why they are in Vegas, or maybe people are just more open about it there. There is a murder, and a mystery, and enough suspense to keep the story moving along, but the real pleasure is precisely in this slice of life in a unique place.

The protagonist, Jim Snow, quits the homicide department to play limited poker for a living and manages well enough until he hits a losing streak. When his sister's estranged husband is killed in an RV park after selling his trailer, Snow has to undertake the investigation because the sister, who has already collected life insurance on two other deceased husbands, is the prime suspect.

Along the way, Snow encounters a bar owner who came to Vegas to play pool but couldn't cut it, a young woman who came there to be a dancer but ended up as an apartment manager, and an enigmatic tramp who is not homeless because he breaks into the RV park and sleeps every night in a parked yacht. Let's face it, you don't find characters like this everywhere.

People are talky, but this seems to be part of the spirit of the place. They are ready to tell Snow and his little team -- Alice James, a furloughed police detective and nascent love interest who becomes a full-time partner in subsequent books of the series, and Willie, that tramp -- their life stories as soon as they introduce themselves. What else do they  have? It's like all those aspiring actors and screenwriters waiting table in L.A.

Tracking down the murderer proceeds apace, though Snow is unaccountably obtuse in following up on one clue leading to the identity of the potential killer. There is a twist at the end that will not come as a shocker to mystery readers.

If what you want is nonstop suspense and thrills, this may not be your book. But if you're happy to spend some time in Vegas and immerse yourself in a world of quirky characters, laid-back humor, and a philosophy of life that is vastly tolerant, you will enjoy Punctured.
Posted by Darrell Delamaide at 8:39 AM