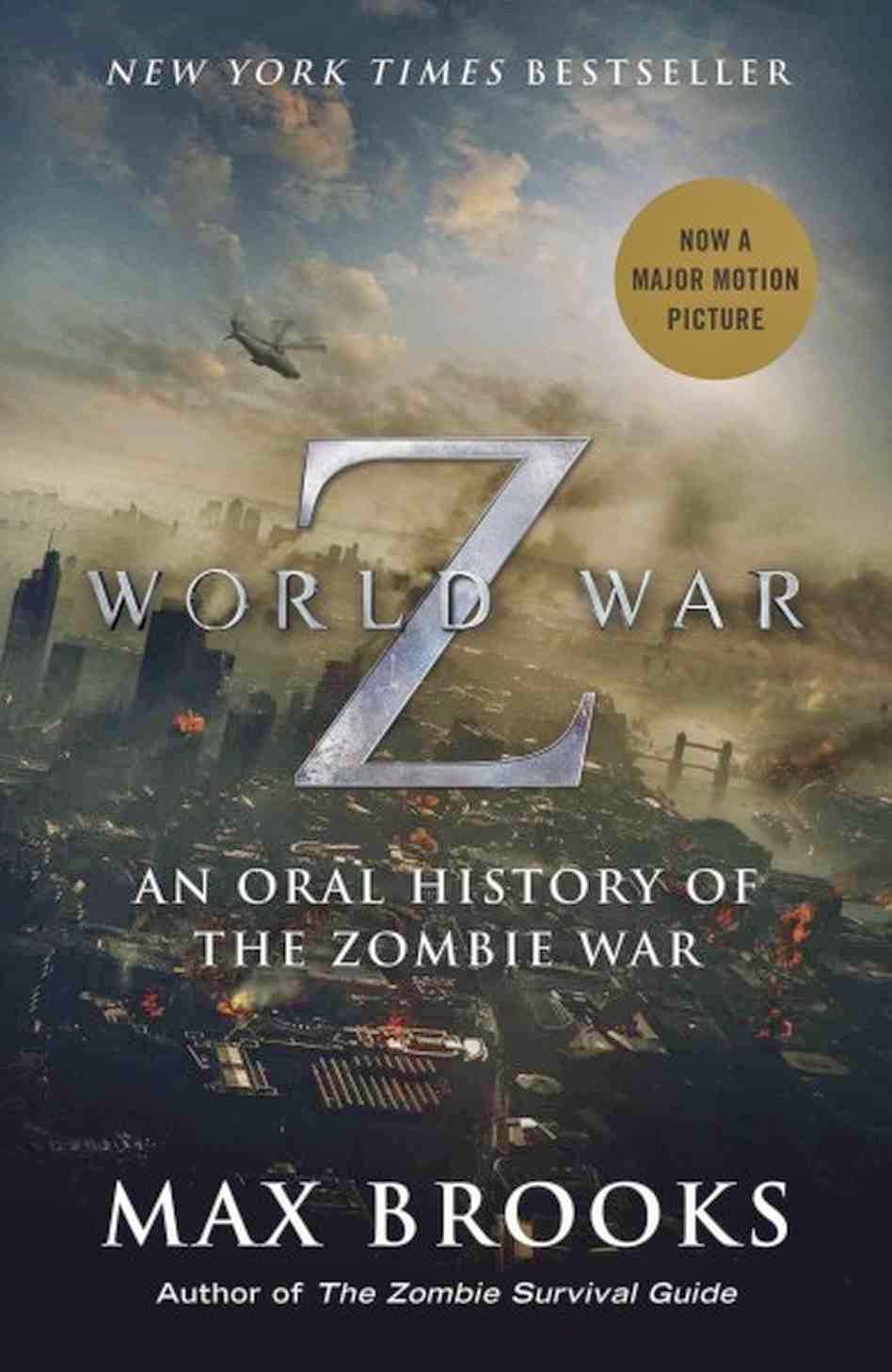 This "oral history" by Max Brooks is surprisingly funny. I say surprisingly because it is after all about a post-apocalyptic war against zombies and the movie ostensibly based on the book was an earnest thriller. The book, however, is an at times brilliant satire, parodying everyone from the military to politicians to journalists.

Zombies have become an acceptable metaphor for any kind of catastrophe, whether terrorists or pandemics or natural disasters like earthquakes, hurricanes and tsunamis. The satire here is in the response to the catastrophe. There are the military who recount how ridiculous it was to stage a battle with zombies using the high-tech weaponry stockpiled so expensively. What they really needed was a medieval halberd to slice through the brains of the undead. There was the White House aide who explained why they had to keep the news of a zombie virus outbreak from the public because it would alarm them and distract them from the other political objectives the White House had in mind.

There were a host of other voices recorded in a faux-interview deadpan modeled on Studs Terkel's oral history of World War 2. The threat has been, mostly, overcome, and the interviews trace its rise and fall in more or less chronological order. I may have missed something, but I saw no trace of the movie plot and the supposed antidote discovered by Brad Pitt.

I'm in a bit of a zombie period, having binge-watched "The Walking Dead" ahead of the recent season finale (and, I'll confess, re-watching some episodes now). There is a comforting predictability about the threat from a zombie. They drag their feet, they moan, they have on clear goal in mind, and they are relatively easily dispatched if you have a halberd-like instrument at hand. They do, of course, nonetheless manage to claim a certain number of victims, usually when they come in such numbers that they overwhelm their prey.

My theory about the current enthusiasm for zombies is that they are metaphor for Alzheimer's, the bane of the boomers. Particularly in "The Walking Dead," there are characters who have trouble accepting that these reanimated corpses aren't still somehow the people they once loved. The fact is, of course, that those people are gone. In much the same way, the frightening reality of Alzheimer's is that the personalities we loved and who loved us are also gone, really gone, and aren't coming back.

The other factor is that there is no nuance in the zombie threat. They want to tear you to shreds and eat you, period. There's no room for temporizing or pretending there is any solution to the threat except eliminating it, though part of the satire in Brooks' book is the difficulty people have in accepting that at the beginning.

In any case, there is no horror in World War Z. There is some gore, the occasional poignant moment. But the no-nonsense narrative style succeeds best when seen as a take-off on our own often pretentious and ineffectual response to threats.
Posted by Darrell Delamaide at 1:24 PM