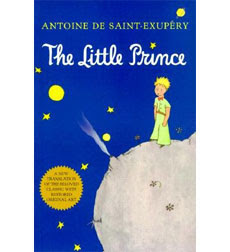 Cross-posted on the Washington Independent Review of Books

I used to resist the notion of reading fiction in translation when I knew the original language. At one point, I was planning an academic career in comparative literature and learned French and German with ambitions to master other languages and read great books in their original form.

Sometimes, things get “lost in translation” and it is certainly true that even the best translations lose some of the nuance of the original or misinterpret the author’s intention.

On the whole, however, what is “found” in translation vastly more than offsets what is lost. Whole new worlds of experience and viewpoints, of character and description, are opened up through translation. The City Lights bookstore in San Francisco is the only one I’ve seen that actually segregates literature “in translation” from its general literature shelves.

Translations are generally so good these days that the verve of the original is preserved. I read Patrick Süskind’s virtuoso Perfume: The Story of a Murderer in the original German, but John Woods’ 1986 translation (which won the PEN prize for translation), making use of good Anglo-Saxon words from the same Germanic roots, preserves Süskind’s awesome linguistic achievement. This description of the stench in 18th century France is an example:

“The streets stank of manure, the courtyards of urine, the stairwells stank of moldering wood and rat droppings, the kitchens of spoiled cabbage and mutton fat; the unaired parlors stank of stale dust, the bedrooms of greasy sheets, damp featherbeds, and the pungently sweet aroma of chamber pots. The stench of sulfur rose from the chimneys, the stench of caustic lyes from the tanneries, and from the slaughterhouses came the stench of congealed blood. The people stank of sweat and unwashed clothes; from their mouths came the stench of rotting teeth, from their bellies that of onions, and from their bodies, if they were no longer very young, came the stench of rancid cheese and sour milk and tumorous disease. The rivers stank, the marketplaces stank, the churches stank, it stank beneath the bridges and in the palaces. The peasant stank as did the priest, the apprentice as did his master’s wife, the whole of the aristocracy stank, even the king himself stank, stank like a rank lion, and the queen like an old goat, summer and winter.”

I once did a translation workshop with Richard Howard, a Pulitzer Prize-winning poet who has been one of the big translators of French works into English. His new translation of Stendhal’s Charterhouse of Parma was a big seller, and he was supposedly working on a new version of Flaubert’s Sentimental Education, which, as he observed, should really be called An Education in Feeling in contemporary English.

Howard maintained that every foreign classic deserved a new translation in each generation, so that the shifting meaning of language, as in the case of “sentimental” in that title, can be made clear. Every generation seems a little often to me. By the same token, you could argue that our English classics, Shakespeare or Chaucer, should be “translated” into contemporary English, which is as abhorrent as colorizing classic black and white films. New translations of the Bible may make the text more compelling and clearer, but can any of the new versions match the majesty and power of the King James?

Howard himself comes in for criticism by an Amazon reader for his new translation of Saint-Exupéry’s The Little Prince. While some reviewers praised Howard’s colloquial rendering, this Amazon reader, Allie Jones, remained passionately attached to the 1943 Katherine Woods translation and found much of the book’s charm lost in Howard’s new version. Jones cited a passage from the Woods’ translation: “It is only with the heart that one can see rightly; what is essential is invisible to the eye.” Jones found the rhetorical “What is essential…” a beautiful rendering of the original French: “…on ne voit bien qu’avec le cœur. L’essentiel est invisible pour les yeux.” Howard’s translation she considered clumsier and more wooden, and missing “the essential” in what Saint-Exupéry was trying to say: “One sees clearly only with the heart. Anything essential is invisible to the eyes.”

Still, I think Howard has a point. Robert Fagles’ new translation of The Iliad, for instance, which I listened to on audiobooks read by Derek Jacobi, is a thrilling and powerful experience. I’ve had the new translation of Tolstoy’s Anna Karenina by Richard Pevear and Larissa Volokhonsky (another PEN translation prize winner) sitting on my shelf for sometime and look forward to reading that.

Beyond the classics, there are contemporary works that become global bestsellers, such as Stieg Larsson’s Millennium trilogy featuring the girl with the dragon tattoo. Nobel Prize-winning authors become accessible to all. Anyone who hasn’t read Naguib Mahfouz’s Cairo Trilogy has deprived themselves of a truly remarkable insight into a whole culture. After recent events in Egypt, it takes on even more relevance, as does Alaa Al Aswany’s Yacoubian Building, which describes in such searing detail the corruption that burdens their lives.

So I find myself reading Nordic thrillers and Latin American surrealists, but also works in German and French that I could indeed read in the original if I wanted to take the extra time and effort. But I don’t feel like I’ve lost a lot in reading Fallada’s Every Man Dies Alone or Schlink’s The Homecoming in translation.

Translations can sometimes be less than ideal. One of Orhan Pamuk’s early novels, The Black Book, first appeared in English in 1995, translated by Güneli Gün, his early translator. Pamuk and the translator of his later books, Maureen Freely, felt the book would be better served by a new translation in 2006. “The [1995] translation, though ebullient and faithful to the original, was opaque,” Freely wrote in a special afterword. “My hope is that this new translation will bring the book to a new generation of readers who know Orhan Pamuk only from his later works.” The Black Book, she says, is the “cauldron” from which his later works emerged.

Turkish, according to Freely, is difficult to translate, and Pamuk, a postmodernist writer, can be obscure. But thankfully, authors, translators and readers persist. The ambivalence of modernizing Islam, the interplay of terrorism and tradition, the intractable issue of women covering their heads – all of this is so much more understandable after reading Pamuk’s Snow, one of those later works.

I sometimes fantasize about reading Proust’s A la recherche du temps perdu in its entirety in the original when I retire, or Musil’s Collected Works in German, which has been sitting on my shelf for literally decades. Maybe I will. I’m sure these could be very enriching experiences. In the meantime, trying to squeeze reading into spaces between work and the myriad other leisure-time activities that beckon, I will probably do better for myself by simply picking up the English version of whatever I want to read and benefiting from the able assistance of talented translators to enjoy these books.
Posted by Darrell Delamaide at 10:30 AM