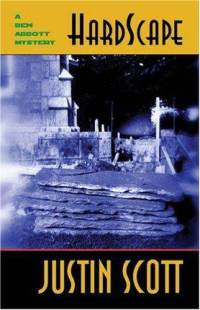 A small-town real estate agent might not be the obvious choice of hero for a mystery thriller, but Justin Scott makes it work. He endows Ben Abbott with a backstory as a financial wheeler-dealer who runs afoul of securities laws and spends prison time as a convicted felon. Then he returns home to northwest Connecticut to make a new life taking over his father's real estate business.

Abbott's past complicates his life. He feels like a liability to his sometime girlfriend, the politically ambitious "first selectman" of the fictional Newbury. He is looked upon with disdain by law enforcement officials, private detectives and eventually social connections. So the idyll of living in an inherited house on Main Street, running an inherited business in a town surrounded by friends and family is hardly perfect. Scott further complicates Abbott's story by making his mother come from the wrong side of the tacks, giving Abbott a whole raft of scurrilous cousins.

All this comes into play when Abbott is solicited to play private detective and videotape (the book first appeared in 1993, so there are videotapes, carphones, and junk bonds galore) a rich weekender's unfaithful wife. Abbott of course falls for the wife, destroys the tape and rushes to her aid when she is accused of murdering her lover. It is patently obvious who the murderer is, though Scott belabors the point in an entertaining fashion for another couple hundred pages. A subplot involving some of Abbott's disreputable cousins intersects at some points with the murder plot.

The strength of the book is the sympathetic hero and the Connecticut setting. Small-town New England life, with its cookouts, its simmering feuds, its stratified society, its quaint buildings and customs is all yours for a while. Abbott knows his flaws, but has inherited a "claptrap Puritan" nature that gives him some gritty integrity. He manages to string along three women -- that selectman, the adulteress, and even the female state trooper investigating the murder -- so we are to assume that our first-person protagonist has a magnetic charm.

This is another Poisoned Pen book, so a pattern is emerging. Competent prose with strong sense of place, quirky characters and plot, and an overall package hovering around four stars. Nothing startlingly original, but reliable.
Posted by Darrell Delamaide at 6:39 AM