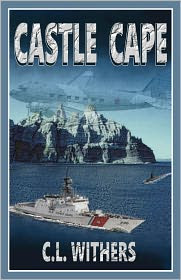 This suspense novel by C.L. Withers -- a cross between a mystery and a thriller -- is set in Alaska and is gripping virtually from beginning to end. There are murders and mysteries, action and thrills, all against the dramatic backdrop of Alaska's spectacular scenery and elemental wildness.

Anchorage detective Dan McKenna is tormented by the death of his young son in a shooting accident and has given himself over to drink when the action begins with a shoot-out involving mysterious Russian-speaking hoodlums who may well be terrorists. McKenna, accompanied by his faithful German shepherd, Nero, sets out to unravel the mystery, working with or against the FBI and another shadowy federal agency following the leads first to Kodiak Island, and then into the treacherous waters of the Alaskan peninsula.

You may not be able to see Russia from everywhere in Alaska, but it's not far, and McKenna's case involves him with Russia now, with Chechnya, and even with the Soviet Union of World War II, when it was an ally of the U.S. He has to deal with an FBI Special Agent in Charge who despises him, an attractive FBI emissary from Washington who is more ambivalent, and a shadowy gentleman, also from Washington, who is the closest thing to an ally McKenna will have.

Pursuing his leads in Kodiak, McKenna makes common cause with a Russian-American family and embarks with their green-eyed daughter in pursuit of his hoodlum-terrorists. They encounter a storm more perfect than Sebastian Junger could ever dream of as the plot barrels into non-stop action toward the climactic encounter in Castle Cape, a formidable, inaccessible promontory.

McKenna is a sympathetic, complex character to whom conflict comes easy. His challenging mission brings out the best in him. His police instincts serve him well in seeing through various ruses of his quarry, and his canine partner proves a ferocious backup on several occasions. There is romance, treachery, and hair's-breadth escapes along the way. A great read and highly recommended.
Posted by Darrell Delamaide at 5:33 PM