Max Barry's neurolinguistic thriller has a ton of blurbs praising it and I found it thoroughly enjoyable. He creates a conceptual world and a great cast of characters; he keeps the narrative rattling along with suspense and a big dose of humor. For the most part, he keeps the time frame of the disjointed narrative clear enough, though by the end there are so many folds into folds as the times converge, that it's a bit confusing just which one you're following. At that point, though, it hardly matters as you just want to finish in a blur to the end.

A shadowy "organization" of so-called poets maintains a discipline of what they call persuasion, and the rest of us would call manipulation. They categorize people into "segments" that allow them to use certain nonsense words to penetrate the psychological barriers each of us sets up and leave the individual powerless to resist a command -- even if it means shooting yourself or killing others.

Emily Ruff is recruited into this organization at 16 and shows an aptitude for persuasion but lacks the discipline expected of members. The plot is driven by the conflict within her between neurolinguistic manipulation and basic emotional drives. Much of it concerns retrieval and use of a "bareword" -- a potent symbol that penetrates anyone's defenses regardless of segment.

But the story doesn't start with Emily. It starts with Wil Clarke, who is kidnapped in the Portland airport by individuals who think he has the bareword because he survived the annihilation of the entire population of Broken Hill, a dying mining town in Australia. The mysterious death of 3,000 people was attributed to use of the bareword by a person first identified as Wolf, then Woolf, marking her as a renegade poet (members of the organization are given the name of a famous poet). Wil has no idea why he is being kidnapped, no recollection of ever having been in Broken Hill, and no knowledge of anything like a bareword. However, his abductor, Tom Eliot, is convinced he is the "outlier," the only survivor of the Broken Hill massacre.

Only then does the scene switch to Emily's recruitment into the Academy, the training school for the poets. The reader soon realizes this narrative is in a time preceding the opening scene and it doesn't take too long to figure out what poet name Emily is going to get when she graduates. The narrative then alternates between the two timelines, eventually introducing timelines within those timelines.

It is, then, an extremely high-concept scifi thriller, but one that bears its concepts lightly and peopled with sympathetic characters. The villain of the piece is the leader of the poets' organization, Yeats. We know he is evil because he has "flat" eyes. It turns out he also has a simple fetish that makes him vulnerable. He is of course not sympathetic and in fact the least convincing and most two-dimensional character in the book. His motivation is unclear, though his role is less ambivalent as the narrative draws to a close. As a result of the weakness of this character, however, the denouement is something of a letdown and not up the drama Barry has created.

Much of the action takes place in Broken Hill. I've never visited that town but I did spend several weeks in Australia and wrote often about Broken Hill Proprietary, the mining company headquartered there, during its heyday. Barry apparently is Australian and has some fun portraying the pros and cons of his native country and its residents.

The notion of neurolinguistic manipulation is of course very topical in our digital age, and one of the riffs by a member of the organization regarding a project they have to feed people only news they have shown they like so that anything else seems biased is scarily close to what is actually happening.

Posted by Darrell Delamaide at 6:19 AM No comments:

All the Great Prizes 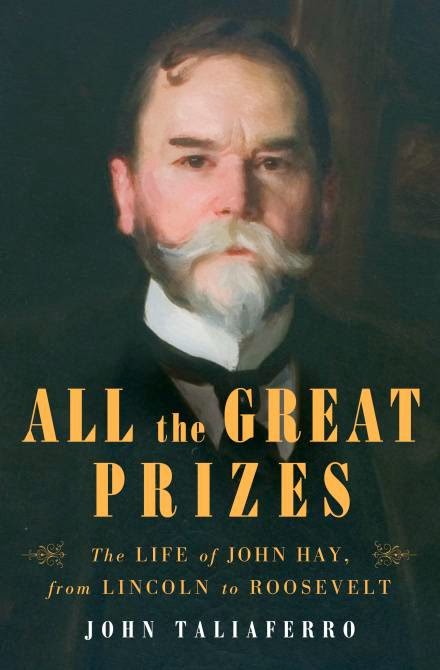 I've enjoyed reading this long biography of John Hay by John Taliaferro. What intrigued me is that he began his career as private secretary to Lincoln throughout his presidency and ended it as secretary of state under Teddy Roosevelt -- what a span! When you encounter him in other biographies or histories, he pops up so often, you think there must be several people named John Hay, or father and son, or some such -- but it always the same person.

The time with Lincoln and his subsequent career as a journalist and writer who knew everyone from Mark Twain to Brett Harte were interesting. His various friendships, especially with Henry Adams (so close they built houses together on Lafayette Square that are now the Hay Adams Hotel), are also interesting. I'm abandoning the 600-page book more than halfway through, however, for a couple of reasons.

One is that as admirable as Hay was in many ways he is not a particularly sympathetic individual. He was something of a dandy, and, having married into an industrial fortune, something of a playboy. He put off entreaties of his father-in-law (the source of his fortune) to return home because of the latter's growing depression over a fatal accident on one of his railroads, so that Hay could gallivant around in Europe visiting all his wonderful friends. While he dallied, his father-in-law committed suicide. The author then relates in excruciating detail Hay's infatuations with a couple of the belles of Washington and his letters that would make an adolescent blush. Taliaferro would have us believe that these relationships, if not exactly Platonic, were not consummated, which is a stretch even for that period.

But that brings us to the second reason. Taliaferro has taken Hay mostly through the interim period between Lincoln and Roosevelt without giving much sense really of what was going on in the Gilded Age. The biography seems driven by research in Hay's correspondence and makes little effort to put his activity -- or for much of the time, his inactivity -- in the context of the times. We get glimpses and glances of social ferment as labor forces rise up against the oppression of the plutocracy, but nothing more. Hay, of course, a Republican and plutocrat, has little use for any of that while he writes his gushing letters to his current infatuation, but a true appreciation of his role in history would make such context desirable.

The long and short of it is that Hay has justifiably been forgotten, except for those elusive appearances in the lives of others. Interesting and prominent in his time, he was not a great man. He was in fact a snob and a social climber who lived by his wits and charm, with enough of each to be a zelig in American history. I have too little time to read biographies to spend it on a second-rate figure. So now I'm tackling The Last Lion, William Manchester's epic biography of Winston Churchill.
Posted by Darrell Delamaide at 2:34 PM No comments: 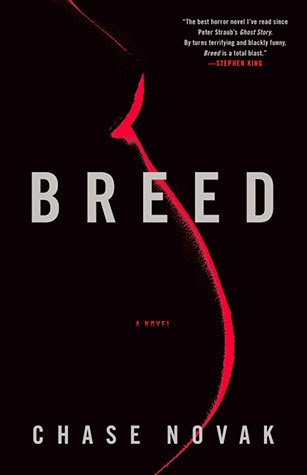 This horror thriller by Scott Spencer writing as Chase Novak is a real page-turner, as a deep under-current of satire keeps it buoyant.

Miranda July referred to the book in the By the Book column in the NY Times Book Review on Sunday and I was intrigued enough to download it on my Kindle. I interrupted my reading of Gutenberg's Apprentice -- a good book, but somewhat ponderous -- for this romp through Gothic horror in modern Manhattan.

Leslie and Alex Twisden have tried every form of fertility help and are desperate enough to make the trek to Slovenia to see a specialist who has had miraculous success in helping previously infertile couples produce children. Dr. Kis is successful once again and the couple raises the twins Adam and Alice. The narrative resumes when the twins are 10 and at a critical point in their lives.

It was evident from the beginning that Dr. Kis's treatment -- which relied on an injection of "completely organic" extractions and a special serum -- had some peculiar side effects. In using what we later find out are lupine and ursine hormones to enhance fertility, the good doctor transmitted some other physical and psychological traits from the animal kingdom.

Spencer/Novak is having a lot of fun with this book. Modern obsessions about appearances, prestige, food and, well, having children, are all mocked mercilessly. The horror is real enough -- you never know terrible thing is going to happen next -- but much of the narrative is tongue in cheek, with a sly irony that is profoundly satirical. Dr. Kis, after all, and a novel called Breed where the first litter is named with A's.

Spencer is an accomplished writer. His prose breezes along with occasional lyrical flourish as he shifts effortlessly among various points of view interspersed with old-fashioned commentary as an omniscient narrator. The characters are sympathetic and the reader stays with both the parents and the children as the tension between them comes to a head.

It was a good tip.
Posted by Darrell Delamaide at 9:11 AM No comments: